Of Secrets and Hidden Techniques

Growing up, my wuxia diet from comics and television introduced me to a steady stream of fantastical martial art abilities where practitioners could fly, regularly displayed external qi transmission, and the most adept of them were adept because of their unique 秘宗 (Mì zōng in Mandarin, mizong in Korean and Japanese). 秘宗 basically means 'secret system'.

As a young child and my want to suspend disbelief, I just assumed that was how it worked because how else, other than for the presence of their 秘宗 would they be able to accomplish such feats?

What made me stop to think about my continued suspension of disbelief was when I came across a book called Iron Fist - not to be confused with Marvel's Iron Fist. The book presented training in 易筋经 (Yìjīnjīng in Mandarin, ekikinkei in Japanese). To my superficial understanding, 易筋经 is a series of exercises and coordinated breathing to strengthen muscles and tendons, and develop a martial form of 內功 (Nèigōng in Mandarin). That's like developing your chi but using it to manifest in physical form.

Masters of 易筋经 were able to strike a series of objects and decide where the force of their blow would cause damage. From Hollywood, this ability was captured in Bloodsport where Jean Claude Van Damme hits a stack of bricks but only breaks the bottom one. In the scene this skill is wrongly identified as 'Dim Mak' or the death touch - which is an entirely different 秘宗.

So 易筋经 was an actual martial art with reports of feats like the above brick break. This made the young Colin think that many of these special effects had some basis in reality.

This unchallenged belief in secret systems stayed in the recesses of my mind and was a subject of curiosity as I grew in the martial arts. There were times where individuals claimed various abilities, and tried to associate their claims to this belief system. Eventually, as a growing expert in my field, rather than being convinced by their claims, I started to heavily disbelieve not only their abilities but their entire credibility. Even to this day I'd immediately question any BS about psychic ability, no touch knockouts, and generally all kyusho practices.

My limited beliefs however, met another challenge which would set me on another path in later life, during several seminars with Soke Don Angier (1933-2014) of Yanagi Ryu Aikijujutsu. Don was a genius-level martial art master and the most brilliant practitioner I have ever met in all my life. The YouTube videos don't do him justice but please research of his legacy. Anyway, Don (he insisted I called him that even though I met him only a few times), was able to do the most incredible and graceful feats - but was able and willing to explain each of them in terms which we could all understand. His explanation would often include various issues like biomechanics, physics, the way the eye perceives movement, psychology, and tactics.

This was a man who was explaining that his 秘宗 had nothing to do with chi or magic. That his skills were entirely explainable by physics, and that each of us could do it. Yet what he did still looked like a cross between a Jedi mind trick and force powers.

I was blown away. Here was a man who was not trying to deceive me by using my limited beliefs and assumptions. He was gifting us his insight - however rarefied it may be, in order to progress us as practitioners.

Fast forward to my 34th year practicing martial arts. I am now at the point of steadily discovering 秘宗 within my system. Literally my growing understanding from training and practising has led me to hidden techniques I was previously unaware of. You could say this is the secret system within my own system. And I was led to their discovery by infinitesimal increments of my own knowledge. Forcing myself to test out techniques, to extrapolate from previous lessons, to use traditional training methods, and to mix and match from what I already know.

Some of these 秘宗 correspond very closely to how I was originally taught, so in a way you could say my teachers did teach me this material either directly or indirectly, and such 秘宗 are their knowledge repackaged and drilled in different ways. Then there are other bits of knowledge where the connection is less direct, and you need to look at them on a conceptual level. In such a way then they do correspond to everything I've been taught including the patterns. They are the same and yet not the same.

Now don't get me wrong, I'm not shooting out a laser light show from my fingertips or knocking someone out through my winning personality. All my 秘宗 are doable, explainable, based on legitimate training, and are all tactical. In some instances, I might have snitched them from other practitioners. What? Snitched from other practitioners? So how can you believe that it's your 秘宗 or secret system. Well, it's my secret system or hidden technique because I don't believe the secret for this hard style approach is about esoteric content!!! I believe it is in the training methodology.

To put it simply - hard style is a meat and potatoes approach to martial training. I'm not meaning to diminish it, but it'll never be a Yanagi Ryu. It'll never be as epic as the bullshit George Dillman feeds his students. When you see things from our secret system, it'll mostly appear mundane and innocuous - because they are based on realistic pragmatic tactical need.

Yet the 秘宗 is from our system transforms the way we understand the world. And it allows us to access other 秘宗 when we need it. It remains a secret to others just because of the amount of work we've done and the length of time it takes to transmit this information.

Just because we claim to have 秘宗 - this doesn't mean that anyone else is doing worse off than us. We have taken pains to share as much of our insight as we can. When you sight some of said special techniques, a good number might even appear mundane to you. As if their presence was logical, commonsense ... in fact, anyone could have seen that before we did. Well, if you sight them and they fail to excite you or if you've tried them and they fail to fit with your bag of skills - they are after all prized as *our* 秘宗, not as yours. :-)

Potatoe Fist said…
Love this article. I love hearing about this part of our martial esoterica. Separating the wheat from the chaff is difficult and it's nice to see folks out there promoting reality over fantasy. I couldn't see the video, but I like faijin group's vibe.
7 March 2018 at 02:52 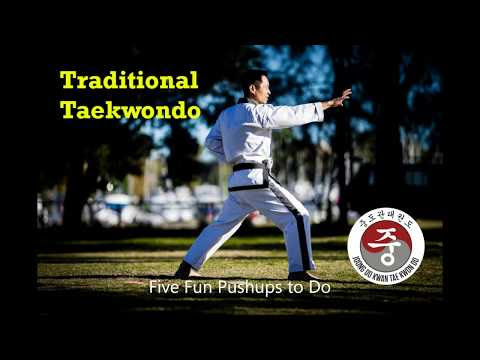